The state dismissed the criminal charge against him after having misfiled it as a felony, court records show.

Editor’s note: Prosecutors dismissed the chase against Elias after the alleged victim retracted her testimony. Elias had been charged with permitting a minor to drink alcohol in April 2017 and the case was dismissed about six months later. The story has been edited in parts to more accurately depict the complaint Elias ultimately faced, as well as its outcome.

The recent criminal charge filed against Jasen Elias is only the latest chapter in the tale of the former attorney, journalist and published author.

Elias, who previously went by the name Jasen Corns, was charged in late April with allowing a 16-year-old female friend of his daughter’s to drink alcohol at his residence.

Records show Elias was booked into the Tulsa Jail at 9:35 p.m. Monday. He was released from jail shortly before midnight after posting bail, records show.

Messages left for Elias at phone numbers registered in his name were not returned. The Tulsa County District Attorney’s Office did not respond to requests for comment on whether there could later be additional charges against Elias. Elias issued a denial to NewsOn6.

Legal trouble
Elias was a Tulsa World reporter before he joined the University of Tulsa College of Law in 2001.

His law career quickly skyrocketed, both while in school and after graduation. He won several awards while at TU and later joined the university’s Board of Directors. He eventually opened his own law firm in 2007, but trouble quickly followed.

The officer reported he smelled alcohol coming from inside the car and when he shined a flashlight into Elias’ Land Rover, he saw a woman raise her head from Elias’ lap.

When the officer asked Elias for identification, he reportedly refused and said “I work for you guys,” and that he was an “F.O.P. attorney.” Elias later failed a sobriety test.

Elias later pleaded guilty to obstructing an officer and actual physical control of a vehicle while intoxicated. He received a three-year deferred sentence to be served consecutively.

Court records show Elias also pleaded guilty to one other misdemeanor DUI in 2013, for which he received a one-year suspended sentence.

But neither of those criminal charges cost Elias his law license. It was ultimately allegations that he bilked a 91-year-old client out of more than $1.4 million that led to him surrendering his license in March 2015.

In August 2010, a woman named Elizabeth Stambaugh filed a civil suit against Elias alleging fraud, negligence and breach of contract, and that Elias accepted more than $1.4 million for himself and children from Stambaugh.

Filings in that case alleged he used the money for personal expenses.

When Elias told his client items were stolen from his garage, Stambaugh transferred more than half-a-million dollars to the Jasen R. Corns Living Trust, the complaint states.

In court filings, Elias denied taking advantage of his client. Shortly after the lawsuit was filed, Elias sent an email to multiple employees at the Tulsa World in regards to an article the newspaper was going to publish on the case.

In the email, he claimed Stambaugh had “recently gone nuts” and that he “thinks her age has finally caught up to her.”

The case was dismissed after being settled in February 2011 following a private meeting in Stambaugh’s home.

The complaint filed against Elias by the OBA’s general counsel states he communicated with Stambaugh while the case was active with affectionate cards and requests for forgiveness.

“During the course of Respondent’s relationship with Stambaugh, (Elias) knew Stambaugh was romantically interested in (Elias),” the OBA’s complaint concluded.

“(Elias) took advantage of Stambaugh’s affections and abused his position of trust as her attorney to unduly influence Stambaugh into gifting Respondent in excess of one million dollars.”

The two later reinstated their attorney-client relationship by contract.

Elias’ resignation came after the Oklahoma Bar Association’s office of general counsel filed a formal complaint with the Supreme Court. The 13-page document alleged Elias accepted gifts and loans from Stambaugh, who was his client for eight years.

Stambaugh developed “deep feelings” for Elias after the two began talking following the death of her husband, the complaint states. The then-attorney confided in her the details of his recent divorce and the custody of his three children.

“(Elias’) and Stambaugh’s relationship went far beyond the professional bounds of an attorney-client relationship,” the complaint says.

In March 2015, the OBA accepted Elias’ resignation and fined him $1,500 for the disciplinary proceedings. The association mailed notice of the grievances that same year, and when it didn’t get a response from Elias, the grievances were considered “admitted as default.”

Elias eventually responded in a lengthy document more than a year later, stating he never admitted to the allegations because the notice wasn’t served to him.

Elias was naive when he met Stambaugh and freshly out of law school, his response states. He acknowledged he accepted the money.

“Candidly, Respondent recognizes in retrospect that as a single father with student loans years ago, he made rationalizations that were likely result-oriented and placed the needs of himself and his family first, ahead of the duties he owed by virtues of his profession,” Elias’ response says.

Elias added that Stambaugh was forceful and harassed him and his family, although he and his children enjoyed her friendship.

The OBA filed a motion to strike Elias’ response, and although he objected saying he “had a right to be heard,” the motion was granted, citing that Elias missed the 20-day window for a rehearing.

Regardless of whether Elias surrendered his license or it was revoked, the Supreme Court and the Bar association considers those attorneys disbarred, and they cannot practice law. Attorneys can seek reinstatement after five years, but reinstatement is at the discretion of the OBA and Supreme Court.

In a legal filing after resigning his law license, Elias signed it “Jasen Elias, Retired,” and listed his previous Oklahoma Bar Association number, as well as an address in Fort Walton Beach, Fla.

Hilberling trial
Despite having little to no background in criminal defense, Elias still managed to take on one of the more high-profile criminal cases in recent Tulsa history.

In 2011, Amber Hilberling was charged with second-degree murder in the death of her husband, Joshua Hilberling. The couple lived in the downtown University Towers and had a “volatile” relationship, according to statements made by prosecutors. 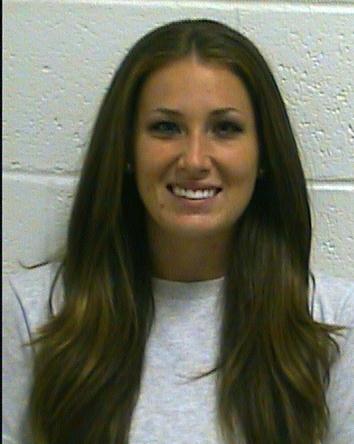 Their marriage ended with Amber Hilberling pushing her husband through the window of their 25th floor apartment.

She maintained she shoved her husband — who crashed through the apartment window and landed on concrete 17 floors below — out of self defense, and rejected a plea deal that would have sent her to prison for five years.

Instead she took the case to trial and retained Elias against the wishes of her parents, her parents later said. Hilberling, who appeared on the Dr. Phil show while awaiting trial, said she trusted Elias and called him a family friend.

She told the daytime television host her parents pleaded with her to fire Elias, but she “didn’t have the heart to do that.” She was eventually found guilty of second-degree murder and was sentenced to 25 years in prison. A book written by Elias about the Amber Hilberling cases teases a “shocking” conclusion about her suicide in prison.

Local attorney Clark Brewster handled Hilberling’s appeal “at no cost” and told The Frontier that her trial, appeal process and death were a “grave injustice.”

Elias isn’t done with Hilberling’s case, it seems. Two months after her death, he published a book called “Pushed: State of Oklahoma vs. Amber Hilberling: The Inside Story of the Murder Case That Riveted the Bible Belt.”

In the 504-page book, Elias begins with Joshua Hilberling’s death and goes into the “troubling tactics” used by prosecutors to achieve a conviction in the case.

Hilberling’s suicide appears to have happened late in the book’s publication process, as Elias touts it as a “shocking and heartbreaking conclusion, captured in a newly-added Epilogue.”

Williams’ case drew national attention when a video of him languishing on the ground paralyzed over five days in a Tulsa County medical cell surfaced. Williams eventually died in his cell.

The case came to a close March 20, when after about 10 hours of deliberation, jurors awarded Williams’ family $10 million.

During the trial, Elias frequently conferred with defense attorneys Brewster and Guy Fortney. He sometimes walked behind the bar in the courtroom — an area normally reserved for attorneys, their assistants and parties to the case — to talk with the attorneys and hand them notes. He was also seen entering and leaving private courthouse meeting rooms with the defense attorneys for the Sheriff’s Office.

Asked again later who he was working for at the trial, Elias declined to say, adding: “I’ll tell you when this is over.”

Brewster denied Elias was working for the defense, noting that he had “directly attacked” Elias in the Hilberling appeal for providing Hilberling ineffective counsel.

“I’m not aware of his actions at the (Elliott) Williams trial,” Brewster wrote in a text message.